Kelowna’s Mayor, Colin Basran’s, annual Basran Charity Golf Tournament has become one of the city’s largest golf tournaments of its kind. Over the last 5 years, this event has raised approximately $25,000 for the Kelowna General Hospital Foundation to help fund new infrastructure projects and purchase new equipment. In addition, half of the funds raised last year were donated to Canadian Mental Health Association to help provide resources and aid for all those in need. All funds raised this year will, once again, be divided between the KGH Foundation and the Canadian Mental Health Association.

This year’s tournament took place on Saturday at the Okanagan Golf Club. Jane Hoffman Realty team member Lora Proskiw had a fantastic time at the event that had 225 golfers in attendance. 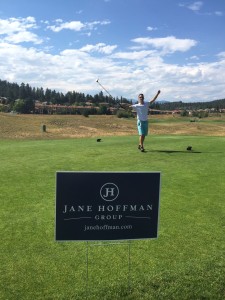 Lora was excited to win a door prize from Loyal Hair Therapy.

Jane Hoffman Realty was a hole sponsor and copies of Gallery Magazine were put in the swag bags.

Thank you Colin Basran for organizing such a wonderful, yearly event to benefit charity. 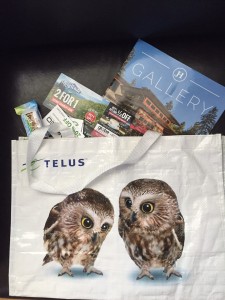 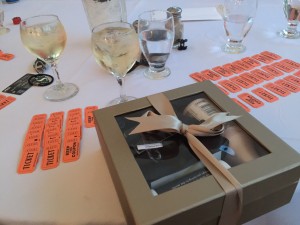